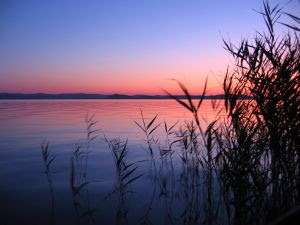 Uneventful morning run, 5 miles at just under 10 minutes per mile. The mornings are getting rather dark; I'm not sure how much longer I'll be able to do this route and be able to see anything.

A circuit that heads east at sunrise is a benefit though. :)

Right knee complained a little but nothing I can't live with.

Photo thanks: Andris Kovács
Posted by Pauline Wiles at Monday, August 31, 2009 No comments:

This little hobbit ran further than ever before today - 14 miles. Granted, we did it at 'endurance' pace (so my heart rate stayed low), to get used to the distance more than anything else.

But, given that these legs have only ever covered 13.1, it felt like a big deal anyway. Knees were the only body part to really complain, and strangely, speeding up at the end helped them a bit. Hopefully they'll get the hang of things for future outings.
Posted by Pauline Wiles at Saturday, August 29, 2009 No comments:

After last week's euphoria, I was expecting this week's training runs to be more enjoyable than in fact they were. On Monday morning I did intervals, aiming for 5 half miles at 8.5 minute pace, interspersed with half miles at 10.5 minute pace. I was over on the first two of those (my excuse is I couldn't see the watch in the darkness), but I dunno the real reason. Considering there are gazillions of runners who can easily do faster than an 8 minute mile, I feel pretty stodgy by comparison.

Today I did 5 miles at 10 minute pace, which was fine, but it felt a bit harder than I would have liked. Maybe the lack of pelican sighting was a factor. :)

I'm probably being a bit impatient in expecting sudden and dramatic improvements in my ability, which clearly are not going to materialize out of thin air. I don't know what the Runner's High is and am pretty sure that what I experienced this morning was not it.

What I did get, after a 5 mile easy trot, was the feeling that this was really fun, that I still had energy to dance during what should have been my cool-down walk, and that I'd really much rather keep on running than go to work.

And I'm starting to notice that despite the (now) dark mornings and 5:30 alarm, getting up to do this stuff is no hardship at all.

Watch out, you could get hooked too.

Photo thanks: Sanja Gjenero
Posted by Pauline Wiles at Friday, August 21, 2009 No comments:

I can't believe I just spent $130 on running gear. Even worse, $20 was for a pink Nike hat to wear on rainy days - I don't mind running in the rain, but drips on my nose really annoy me.

But I've noticed that my standard workout capris are not as comfortable as they might be, and with 3 runs a week, 2 weights classes and a yoga session, laundry was becoming critical. So the time had come to invest in some new bits and pieces. I figure, as darker, wetter days approach, I might as well have some cheerful kit to venture out in.

I'd still love to find a really lightweight but sorta-waterproof top, to make things a bit less soggy if I'm out for an hour in wet conditions.
Posted by Pauline Wiles at Monday, August 17, 2009 No comments:

Running with your other half without wrecking your relationship

I suspect hubby and I are just a little unusual in that, until his marathon adventure in July, we had almost always run together. He is 5'11, 155 pounds and built like a racing snake (as the fabulous Terry Wogan likes to say). I am shorter, slower, and have never held a pace faster than 10 minute miles for any real distance. However, our weekend morning runs were pleasant quality time together, with much marital conversation. I also suspected that without him to prod me out of bed, I would snuggle into the pillow for an extra hour every time.

One of my biggest concerns, therefore, about his marathon training, would be that he'd get too fast for me and would not want to run with me any more. Happily this never transpired, although I do worry I'm now holding him back from getting speedier. Here are some alternatives we tried that might work for you. For ease I'll call us Slower Spouse and Speedy Spouse. "He and she", "he and he", "she and she" are clearly interchangeable, depending on your situation.
On race days, I recommend having the conversation in advance about whether you're absolutely planning to run together, or whether Speedy will forge ahead (and under what circumstances). It wastes too much breath during the race to have a conversation like this:

Photo thanks: Adam Kurzok
Posted by Pauline Wiles at Tuesday, August 11, 2009 No comments:

What does speedy mean? 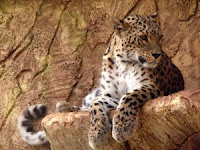 Barring injuries or illness, I know I can complete 26.2 miles in one day. The question is, how fast?

I have a couple of speed aims for my marathon:
Photo thanks: Gil Ros.
Posted by Pauline Wiles at Friday, August 07, 2009 No comments:

I believe I can trace my running career back to 1997, when I took part in a 5km Race for Life charity event as part of the British Airways team. At just 25 years old, I struggled to run the entire 3 mile distance.

How funny that I now do twice that before breakfast without blinking; I get a huge kick out of beating my 25-year-old self and look forward to my 60-year-old self doing 3 hour marathons. But I digress.

At our next Race for Life, my friend Audrey said she enjoyed it so much she planned to do a 10k. Good grief, that seemed an impossibly long distance and utterly unattainable! Even though Beloved Husband and I would go for runs in Bushy Park, I never really got the hang of it and 3 miles felt like a long way.

In 2004, hubby and I moved to San Francisco and found ourselves living on a flat piece of land, with views of the Bay and easy, safe, scenic trails outside our front door. Winter was mild and it was unusual for both Saturday and Sunday to be wet. We started to jog more regularly.

Bay to Breakers is a famous San Franciso 12k race, although I use the term race mildly - it's more of a moving party and if you're a serious runner, you'll probably steer well clear. However, being new in town, we wanted to give it a try. Despite the wet and slippery tortillas on the course (don't ask) we survived intact.

This was followed by the Emerald Across the Bay Race, which is still one of my favorite routes: one way across the Golden Gate Bridge from Sausalito to Ghiradelli Square.

And whaddya know, a 1/2 Marathon followed in February 2008. To date, that is the furthest I have ever run.

Labels: If I can you can

Posted by Pauline Wiles at Saturday, August 01, 2009 No comments: